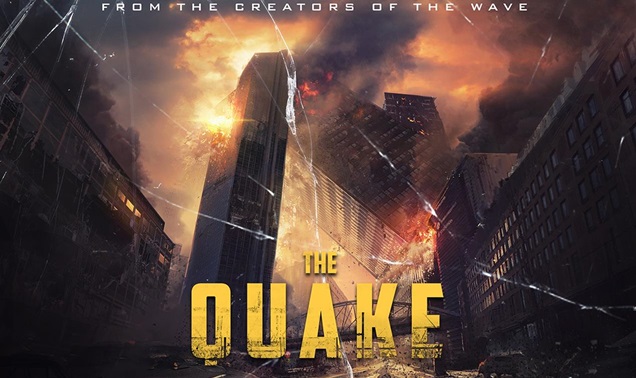 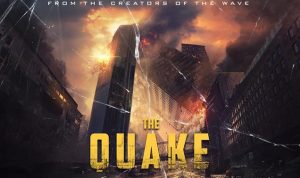 Fans (like myself) of the intense and extremely well done disaster pic “The Wave” (“Bolgen”) from Norway are in for a treat come late next summer.

The writers and producers of that film have reunited with the cast of that film for a new disaster pic, “The Quake” (“Skjelvet”), which is now filming in Oslo.

Set three years after the events in “The Wave”, the Eikjord family has now moved on to Oslo (they were in the process of moving from Geiranger to Stavanger in the first film) where they have presumably set up new lives having survived (in some cases, just barely) the catastrophic rockfall-triggerd tsunami in the first film.

Like the earlier film, the writers have chosen a historic event – in this case the 1904 5.4 earthquake  that hit Oslo – as the basis for the present day disaster.

With the entire main cast returning from the first film – Kristoffer Joner, who plays geologist father Kristian, Ane Dalh Torp as mother Idun (and who won a PNR Poppie for Best Actress for her work in the first film), Jonas Hoff Oftebro as angst-y, self-absorbed teenage son Sondre, and Edith Haagenrud-Sande as adorable “Daddy’s Girl” daughter Julia – we can hope that “The Quake” will be on a par with “The Wave”, which was critically-acclaimed around the world, and was the best disaster film to come along in over a decade, IMHO.

“The Quake” is presently scheduled for release in its native Norway in August 2018, and has been sold to a number of territories, but no US distributor has yet come on board. However, with the huge arthouse success of “The Wave”, it’s likely not to be much longer before someone steps up for a US release as well.

And if you haven’t seen “The Wave” yet, then hop on over to Netflix, where it’s available for your viewing pleasure (in the US at least)…