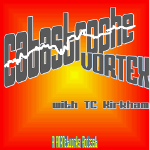 Yeah, I know, I know, “Brand new season” when I’ve been away for almost two years…har har har…hummph!

But it’s true. And there’s going to be a few differences with this new season that I’m doing and a new subset of shows called “Catastrophe Chronicles” which will focus on the tales of real-life disasters, as opposed to the SFX-driven movies of yesterday and today from all over the world.

One thing that has pleasantly surprised me is the number of downloads I continue to get on the old episodes – thanks for spreading the word, because the downloads have been steady, even being away from the show FOREVER. I didn’t intend to podfade, but unfortunately, real life got in the way.

And as I started to prepare to FINALLY return to doing the podcast, I thought that Monday May 18th was the IDEAL return date. That date holds a special significance to people who follow real disasters like myself. And even more significance for me. Because I lived through it. May 18th 2020 is the 40th anniversary of the eruption of Washington’s Mount St. Helens. At the time, I lived in Eastern Washington. And on the official debut of “Catastrophe Vortex 2.0: Catastrophe Chronicles“, I will give you the details of what happened, and my first-person account of what it was like living through it – I was 17 years old, and it was one of, and very possibly THE, most eerie, surreal, and sort-of-scary experiences of my entire life. So I hope you will all be here for that special.

As the season progresses, we’ll be doing a TON of great (or not so great, heh heh) disaster films from all over the world, including:

Plus a few others as well – I am going to attempt to do the show in “seasonal blocks” from this point on. And believe me , there’s PLENTY more where those came from, heh heh…

Now, I’d like to ask my listeners and readers for some help. There have been some interesting and well thought of disaster films (and some absolutely terrible ones as well, heh heh) coming out of other countries over the past few years. Japan, of course, has been producing disaster films, both good and bad, since the early 1970s. But lately, South Korea, India, China (both mainland and Hong Kong), Russia, and other countries have been dipping their toes into the water here and there, and such efforts have increased after those countries and others saw the huge critical and commercial worldwide box office success of Norway’s “The Wave“. Problem is I’m having a difficult time finding a reliable source for these types of films. Of course, YouTube has a few, and Netflix a few others, but not a lot. I’d like to track down some hard to find 1970s and 1980s American films as well, such as the 1975 U.S. Roger Corman cut of Japan’s “Tidal Wave” starring Lorne Greene (and the original Japanese version as well), the classic (and I’ve heard INCREDIBLY bad) damn-near impossible to find 1981 film “St Helens” staring Art Carney as crusty mountain -dwelling curmudgeon Harry Truman that was all over HBO and Showtime in the mid-1980s (strangely enough, or perhaps not considering the subject matter, I’ve never seen it); and the critically acclaimed 2019 Chinese film “The Captain“, based on a real-life incident which became one of China’s biggest grossing films in history late last year. I’d also like to weed my way through the utter TONS of made-for-TV disaster films that popped up from the 1970’s onward, many of which are just no longer available. So…I’m coming to you, the readers and listeners of “CV” to ask for your help in pointing me in a direction where I might be able to check some of these films out. You can email me at “cv [at] pnrnetworks.com” with info, you can tweet me at @ecinemaone on Twitter, or you can send me a message on our Facebook page at PopcornNRoses with any tips and info you may have to track down some of these lost gems and lost turkeys, and be assured I will GREATLY appreciate it! Here’s hoping we can work together to find a treasure trove of disaster films good and bad for “CV” to do up in the near future, and maybe put together a repository of info on them to share with everyone.

Thanks to everyone for being so patient with me, and I will see you on the return of “Catastrophe Vortex” on May 18 2020!